Showing posts from October, 2016
Show All 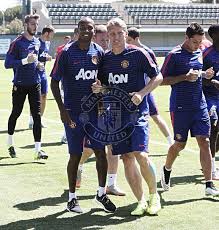 32-year-old former German captain Bastian Schweinsteiger has found his way back to Manchester United's first team training.
The Worldcup winner is yet to feature in any match under the watch of United boss Jose Mourinho.
Schweinsteiger last played in March when Louis Van Gaal was manager and has either trained alone or with the club's under-23 team since Mourinho arrived.
However, it is not certain whether Schweinsteiger will be considered for first-team action by the Portuguese.
Post a Comment
Read more

BELOW ARE SOME OF THE TRANSFER NEWS MAKING THE HEADLINES THIS MORNING.  Manchester United starlet Angel Gomes has alerted scouts from Barcelona after his sparkling performances for club and country this season. The 16-year-old is one of the jewel's of United's academy and has been earning rave reviews from those inside Carrington. (Manchester Evening News). Gareth Bale has replaced Cristiano Ronaldo as Real Madrid’s best paid player. His stunning new six-year deal, worth £600,000 a week, includes a BILLION euro buy-out clause. It effectively ends any interest in the Wales superstar from Premier League clubs, notably Manchester United. (Daily Mirror) A former LA Galaxy manager has warned the club against signing Wayne Rooney and slammed big-money MLS stars for "stealing money". Alexi Lalas, an ex-USA international, signed David Beckhamwhen he was boss of the California club. But Lalas said he fears Rooney, who is being linked with a move to America after losing his Ma…
Post a Comment
Read more

- October 30, 2016
Out-of-favor Chelsea midfielder who has refused to find his way back to Antonio Conte's list of the blues starting line-up has been offered solace by French side Marseille in the January transfer window.
The 29-year old Nigerian international might be ending his ten years stay at Stamford Bridge if Conte does not rescind on his de
Post a Comment
Read more

- October 30, 2016
From all indications, it is now obvious that German international Bastian Schweinsteiger is in the black book of Manchester United boss Jose Mourinho.
After the 32-year-old was left out of the team photo for the current season, he has suffered another blow after Mourinho turned down Manchester United's reserve team manager, Warren Joyces' request to feature the German in the club's under-23 premier league.
Schweinsteiger has not played for Manchester United since March.
Post a Comment
Read more

- October 30, 2016
Gareth Bale has signed an agreement to extend his stay at the Santiago Bernabeu till 30th of June 2022.
The Welsh international will appear tomorrow,Monday at 1:30 pm, at a press briefing in Bernabeu media room.
Check next post below for today's safe soccer tips.
Post a Comment
Read more 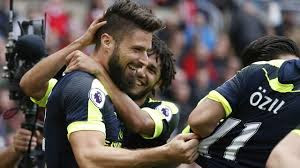 There was an inexplicable aura of joy yesterday as Arsenal fans went wild in excitement after having their hopes for a comfortable win against Sunderland raised by Olivier Giroud who came in as a 69th minute substitute for Alex Iwobi.
Giroud doubled Arsenal's lead barely 2 minutes after coming on and scored a second just 5 minutes later. Alexis Sanchez sealed the lead with his second goal at 78 minutes, giving Arsenal a temporary leading position at the top of the Premiership table.

- October 30, 2016
Cristiano Ronaldo appears to have hit top form after netting his first hat-trick of the season yesterday  in their 4-1 defeat against Alaves. Despite missing a penalty, the Portuguese superstar sailed his club side to a comfortable lead at the top of the la liga table.
Post a Comment
Read more

It was a miserable day for Manchester United fans yesterday as they watched their boss and a key player sent off the pitch in their yesterday goalless duel with Burnley.
Mourinho who was sent to the stands yesterday after the first half by referee Mark Clattenburg was penalized for arguing with the official and is likely to face a stadium ban pending a report from Clattenburg.
Clattenburg has been a target for Mourinho after the Portuguese felt he was denied two penalties by the Durham County official in the Manchester derby earlier this season.
Ander Herrera was also sent off after being shown a second yellow card.