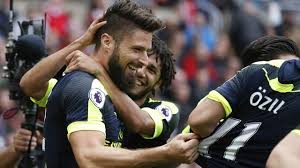 There was an inexplicable aura of joy yesterday as Arsenal fans went wild in excitement after having their hopes for a comfortable win against Sunderland raised by Olivier Giroud who came in as a 69th minute substitute for Alex Iwobi.
Giroud doubled Arsenal's lead barely 2 minutes after coming on and scored a second just 5 minutes later. Alexis Sanchez sealed the lead with his second goal at 78 minutes, giving Arsenal a temporary leading position at the top of the Premiership table. 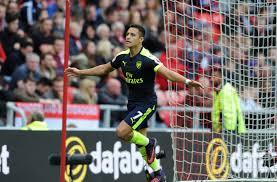