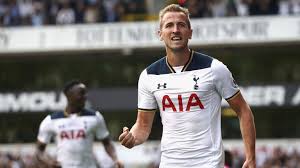 Spurs manager Mauricio Pochettino has said that Tottenham duo Harry Kane and Toby Alderweireld could be fit for Wednesday's Champion League match against Bayer Leverkusen or the upcoming north london derby against Arsenal but would not be fit for today's visit of Leicester City.
Kane has not featured for Spurs since September 18 after sustaining an injury in their match against Sunderland--while Toby has been off for three matches as a result of nerve damage to his knee.