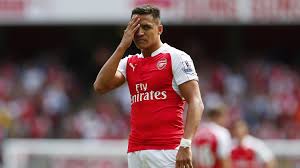 Gunners top form striker Alexis Sanchez has been accused of defrauding the Spanish Treasury during his time at Barcelona between 2012 and 2013. Prosecutors say he failed to pay 888,340 pounds in tax to the Spanish authorities.
Sanchez is the fifth player from Barcelona after Lionel Messi, Macherano, Adriano, and Samuel Eto'o to be investigated in spain for tax offences.
The Chilean was discovered to have hidden the existence of Numidia, an offshore shell company in Malta in which he owned a 99% share and failed to make any tax declarations on dividends recieved.