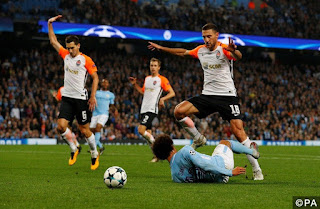 *It is now 25 Champions League away matches since Roma last kept a clean sheet.*

Having seen off the challenge of a top Napoli side in the groups, qualifying behind Man City,The Ukrainian outfit have proven that they’re very tough to face, especially on their own pitch. Even a Roma side who topped a group containing both Chelsea and Atletico Madrid are likely to be in for a difficult evening at Osc Metalist.

Roma’s task in Ukraine is not an easy one, that’s for sure. As was evident during the groups, Shakhtar are very strong on home soil. For whatever reason, western European teams tend to have their issues playing in countries such as Ukraine, so the hosts have a massive advantage on Wednesday night, one that they will be keen to make pay.

Having taken maximum points on home soil during the groups, Paulo Fonseca’s men will be confident of getting at a Roma side that has, at times, been somewhat shaky at the back. The hosts will play an attacking game, as they attempt to build a lead ahead of the second-leg in Rome.

Like the hosts, Roma are a side who offer plenty going forward and not so much at the back, though, historically, their defensive weakness has tended to outweigh their attacking strength when playing on the road in this competition. During the groups, Eusebio Di Francesco’s men conceded in each of their three away matches, shipping a total of six goals. What’s more, the Italians have failed to keep a clean sheet in any of their last 25 away matches in Europe’s premier competition, a run that stretches back as far as 2007. What’s more, they’ve won just one of their last ten travelling matches in the UCL.

Roma have won just one (10%) of their last ten away matches in this competition.

Shakhtar have won six (60%) of their last ten home matches in this competition.

It is now 25 Champions League away matches since Roma last kept a clean sheet.

During this seasons’ group stages, both teams scored in 83% of Shakhtar and Roma’s combined respective home and away matches.