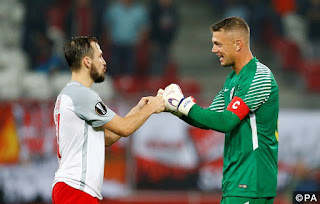 Salzburg are unbeaten in their last 26 competitive matches

Salzburg extended their unbeaten run to twenty-six matches at the weekend and head into Thursday’s 2nd leg on level terms, but with two away goals to their name. Real Sociedad have been struggling for form and with the balance of European and domestic football this season, and have left themselves with work to do in Austria having failed to beat Salzburg in their home leg.

Salzburg have won three of their last six matches

Salzburg are unbeaten in their last 26 competitive matches