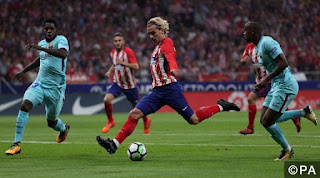 *Diego Simeone has won 12 games as a manager against Athletic in all competitions, more than he has against any other opponent as Atletico’s boss.*

READ ON FOR OUR HOT PREVIEW AND PREDICTION.

Atletico Madrid lock horns at Wanda metropolitano against Athletic Bilbao. This Sunday clash in La Liga is between two of Spanish football’s most historic clubs. Read on for our preview and prediction.

Overall this is a game that is highly unlikely to produce many goals. There could be a little bit of fatigue around from their respective European trips so it won’t necessarily be played at the highest of tempos. The Wanda Metropolitano is yet to see a league game produce over 3.5 goals and matches there average just 1.73 goals per game in total so far.

74% of Atleti’s league games this term have seen under 2.5 goals so it’s been very similar to their title winning season, when they were outstanding at the back and found a way to nick games. Atheltic matches haven’t really been any more entertaining, with 70% of their league fixtures producing under 2.5 goals.

This match also sees two of the league’s six best defences meet, with Atletico Madrid conceding just 0.39 goals per game and Athletic Bilbao 1.09. The Basques have really struggled going forward though and it’s hard to see them testing the Atleti defence much here, particularly with some key absentees in the shape of the suspended Aritz Aduriz and Raul Garcia.

The last meeting between these sides in Madrid was the last La Liga game played at Vicente Calderon, with Atletico winning by 3-1 and Fernando Torres netting a brace. No player has scored two goals in a league game at Wanda Metropolitano so far.

Atletico have won more La Liga games by a one goal margin than any other side this season (10).

No goalkeeper in the big five European leagues has kept more clean sheets than Jan Oblak this season (15, level with David de Gea).

Diego Simeone has won 12 games as a manager against Athletic in all competitions, more than he has against any other opponent as Atletico’s boss.