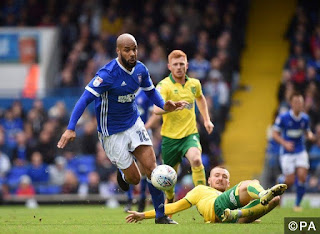 Preview and Prediction. Read on for this Sunday’s big East Anglian derby in the Championship at Carrow Road.

Norwich current form does not appear too shabby, with just 1 defeat in their last 10 matches. The fact they have pushed both Arsenal and Chelsea close in cup competitions this term makes their mid-table Championship plight all the more mysterious but that ability to raise their game on the big stage perhaps bodes well here in a big derby clash and they are looking to complete a league double over Ipswich having won in Suffolk earlier this term.


Recent Ipswich games have also been short on goalmouth action. All of their last six have produced under 2.5 goals and their early season form in front of goal has long since deserted them. Given those stats and the tendency for derby matches to be tight affairs.

With home advantage and an excellent recent record against their arch-enemies, Norwich look the more likely victors though.