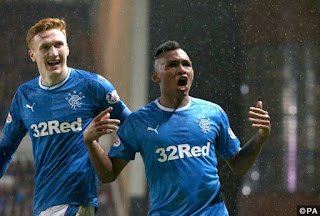 *Rangers FC have been scoring an average of 2.08 goals in their away league matches*

READ ON FOR OUR HOT PREVIEW AND PREDICTION;

Rangers continue to chase down second placed Aberdeen this weekend, as they head for Hamilton on Sunday. The Gers are hoping to record a similar victory to the one which the Dons secured two weeks’ ago, when they beat the Accies 3-0 at Pittodrie. Given that they travel to the second-bottom side in the table, the Gers look to secure another three points in their push to be runners-up this season.

While Hamilton come in to Sunday’s encounter on the back of a four game losing streak, Rangers are looking strong under Graeme Murty.No side in the Premiership has claimed more away points than Rangers this season and the fact that the Gers are heading to the side with the worst home record in the league makes this seem like a sure banker for them.

The away side have seen over 2.5 goals scored in 85% of their away trips this term, and we expect a similarly high scoring game this weekend. The fact that Hamilton have averaged over a goal per home game – with 75% of their outings at this ground seeing at least three goals – makes us confident in a high scoring game.

Hamilton Acad. have conceded 1+ goals in all of their last 10league matches

Rangers FC have been scoring an average of 2.08 goals in their away league matches