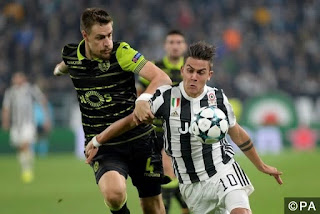 The visitors haven’t lost by more than two goals in any game this season.

Juve have won their last eight meetings at home to la Dea.

Juve have won 84% of their league games this season, while they’ve averaged 2.83 goals per game at home in Serie A. However, their greatest success has come at the back, where they’ve really excelled of late. While they’ve been without Gigi Buffon through injury and Leonardo Bonucci who departed in the summer, they’re looking as solid as ever at the back, putting together a brilliant defensive run.

They’ve conceded in just two of their last 18 matches in all competitions, while they’ve recorded eight straight clean sheets in home domestic matches. Their win at Atalanta in the first leg is part of that long running defensive form, and we expect Juve to keep yet another clean sheet in Wednesday’s game. We’re backing a Juve win to nil, which has landed in three of their last six at home to la Dea. Having kept four straight clean sheets in the cup, a home win to nil seems like great value.

The majority of Atalanta’s away trips this season have seen fewer than three goals scored.

The visitors haven’t lost by more than two goals in any game this season.

However, la Dea have lost by two goals in three of their four away losses in Serie A.

Juventus have scored twice in eight of their last nine at home to Atalanta.

These two didn't meet on Sunday, but Juve have won their last eight meetings at home to la Dea.