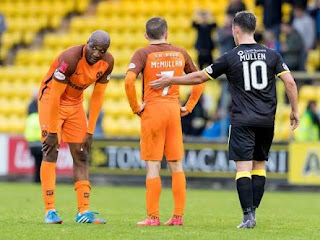 *The last six meetings between these two sides have been won by the home side.*

Both Livingston and Dundee United are clear of the chasing pack in the play-off spots, but neither are close to winning the title.

Dundee United have got issues with facing the top sides on the road, which should worry them heading in to a clash with the second placed side. Not only did they recently slip up at Greenock Morton, but they’ve been beaten at St Mirren twice. A 6-1 thumping at Falkirk also topped off their poor away form, which has to be troubling when Livingston are coming in to this game in impressive shape.

The hosts have avoided defeat in 10 of their 12 home matches this season, and we expect them to pile on top of the visitors’ problems. We think that the hosts are really well priced on the Draw No Bet market, especially given that they’ve won the last three clashes between these two – including the first encounter between them this term.

The last six meetings between these two sides have been won by the home side.

All but one of Dundee United’s away defeats this season have been to nil.

However, the visitors have lost by two or more goals in all six of their defeats this term.

There have been exactly two goals scored in 45% of Dundee United’s away defeats.