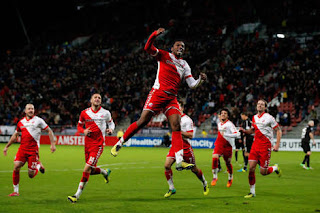 *Utrecht are unbeaten in their last eight and chasing European football, while Twente have not won in eight league games and will be involved in a relegation battle.*

Utrecht head into Sunday’s latest encounter with Twente as the clear form favourites, having remained unbeaten in their last six matches with three wins and three draws. Twente have one win, one draw, and four defeats during that same period of matches and have now gone eight league games without a victory. Utrecht have beaten Twente in four of their last seven meetings, and the visitors have only won twice on the road so far this season, all of which points to a home win on Sunday. We can also expect goals from this game, as three of each clubs last six matches have produced over 2.5 goals.

We’re confident that Utrecht will win this game and that over 2.5 goals will be scored in the process. Utrecht are unbeaten in their last eight and chasing European football, while Twente have not won in eight league games and will be involved in a relegation battle.

These two clubs have met over one hundred times before, and with 60 wins, 35 draws, and 32 defeats it's Twente who have built up a significant lead in the head to head record.

Three of both clubs last six matches have produced over 2.5 goals

Utrecht have four wins against Twente in their last seven meetings

Twente have lost four of their last six matches