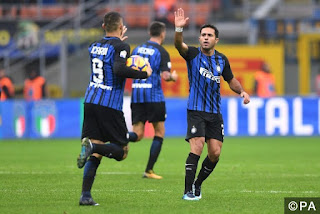 *Inter are unbeaten in 13 of their last 14 home outings in the league.*

*Inter have seen fewer than three goals in all but one of their previous eight in Serie A.*

The good news for Inter is that they’re hosting Benevento on Saturday, which seems like a golden ticket to a return to form. The visitors have played 12, and lost 12 on the road this season.

The hosts have won eight and drawn four at home this term, and they’ve conceded just 0.85 goals per game at San Siro so far. They’ve managed to keep a clean sheet in 46% of their home matches this term, while they’re going up against a team with a horrible scoring record on the road. While Benevento aren’t frequent scorers, they’ve struck 72% of their Serie A goals this term at their own ground. As they head for a side who are pushing for the top four, we’re backing their goal-drought to continue.

The visitors have lost to nil in 67% of their away trips this term, while Inter still maintain a solid defensive record.

The only recent meeting between these two was a 2-1 away win for Inter earlier this season.

Inter are unbeaten in 13 of their last 14 home outings in the league.

Inter have seen fewer than three goals in all but one of their previous eight in Serie A.