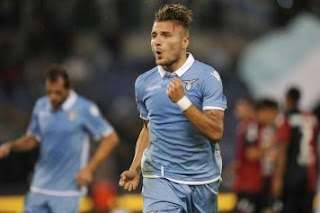 over 2.5 has landed in eight of the last nine meetings between these two– and 17 of Lazio’s last 18 away league games

Sassuolo is winless in seven matches. The hosts have lost three of their last four, which includes a 7-0 hammering at Juventus. The Neroverdi are struggling for home form.They’ve lost 12 and won just two at home this season, and their record is likely to get even worse when they host a Lazio side who are impressive on the road.

Not only have the visitors picked up two points per game on their travels, but they’ve averaged 2.31 goals per game on the road. Their attacking nature has led to plenty of high scoring away trips for the Aquile. Given that the visitors have seen over 2.5 goals in 92% of their matches on the road, and seeing that over 2.5 has landed in eight of the last nine meetings between these two – and 17 of Lazio’s last 18 away league games – we think our predictions are well backed.

Lazio’s high scoring nature should be boosted by the recent displays by Ciro Immobile. The forward already has five goals from two matches this week, while he’s scored 22 times in 22 Serie A appearances this season. He’s found the net in Lazio’s last three against Sassuolo, and we’re backing the Italian striker to grab another goal this weekend.

Lazio have won four of their last six meetings with Sassuolo.

The last three meetings between these two sides have seen Lazio drawing at half time, but winning by the end of the 90 minutes.

There have been exactly three goals in 54% of Lazio’s away trips this term.

The visitors have won a single goal in 62% of their away victories.