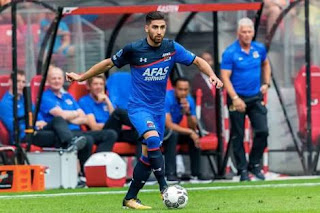 AZ have won four of their last six matches, three of which have featured over 3.5 goals

When the two sides met in Rotterdam back in September, even the advantage of being at home failed to help Sparta, as AZ dominated possession and took all three points.

AZ head into this weekends latest encounter with Sparta Rotterdam unbeaten in their last six matches, picking up four wins and two draws. Sparta have only managed to win once during that same period of matches, losing four times and drawing once,

Saturday's game marks the sixty-fifth between these two clubs, and with 28 wins, 23 draws, and 13 defeats its AZ who have the lead in the head to head record.

AZ have won four of their last six matches, three of which have featured over 3.5 goals

Sparta have picked up four points on the road this season