BREMEN VS COLOGNE SURE PREDICTIONS FROM PREVIEW 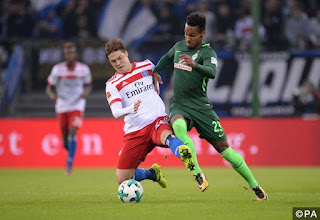 Werder Bremen and Cologne are the joint 2nd lowest scoring teams in the league (24 goals each). Bremen’s matches at home this season follow that trend, with no more than two goals having been scored in 58% of outings there. And with under 2.5 goals scored in all but one of the last nine competitive meetings between them (88%), this doesn’t look set up to be the most exciting of fixtures.

Bremen have been a tough side to beat on their own turf under coach Florian Kohlfeldt, but three of their last five outings there have ended in a draw, so there is some opportunity for Cologne. Werder have averaged one goal scored and one goal conceded at the Weserstadion so far this season, which lines up well with Cologne’s recent records. The Billy Goats’ scoring form has been much better in 2018 – in fact, under coach Stefan Ruthenbeck’s watch, the Billy Goats have averaged around four times as many goals (1.6 per game) as they did under Peter Stöger (0.4 per game) – but they are still struggling at the back – Cologne haven’t kept a clean sheet since January.

Cologne drew 0-0 at home to Bremen when the two sides met last October. Six of the last eight league meetings between them have ended in a draw.

58% of Bremen’s home matches have seen under 2.5 goals scored.

Bremen have not lost any of their eight competitive matches at home under Florian Kohfeldt (W5 D3).

Bremen’s Max Kruse has scored against 16 of the Bundesliga’s current 18 clubs – only Cologne and RB Leipzig are missing!