CAGLIARY VS LAZIO SURE PREDICTIONS FROM PREVIEW 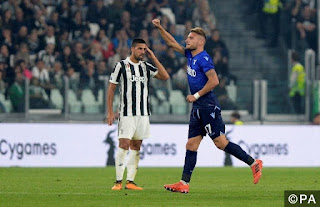 *Cagliari have lost nine of their last 11 games against Lazio in Serie A (W1, D1)*

We don’t expect Cagliari to add to Lazio’s recent problems this weekend. The hosts have lost eight of their 13 home matches, with their four victories at their own ground all coming against teams in the bottom five. They’ve lost all seven meetings with top five teams, while they’ve not beaten any of the top seven. Having shipped 1.69 goals per game this term at their own ground, we expect the Sardinians to struggle in this clash.

The hosts have lost four of their last five at this ground, and Lazio should add to that on Sunday. The visitors have the third best record on their travels in the division, while they’ve claimed victory in nine of their 14 trips this term. On top of that, the Aquile have come away with a victory in all of their trips to the bottom half sides so far, while they’ve won 10 of 11 matches against teams from 14th down.

The visitors have seen over 2.5 goals land in 18 of their last 19 away league games, while their previous four victories over Cagliari have seen at least three goals scored.

Cagliari have lost nine of their last 11 games against Lazio in Serie A (W1, D1)

Lazio have netted at least two goals in six of their last seven league games against Cagliari (Avg 2.6 goals per game) – W6, D1.

Lazio have scored seven goals from the penalty spot this season; no team have scored more. In contrast, Cagliari have conceded the most goals from penalties (7).

Marco Sau has scored nine of his last 10 goals in home league matches; the Italian striker has netted two goals against Lazio in Serie A.

Ciro Immobile is currently the highest goalscorer in Serie A this season (23 goals), equaling his best Serie A season in terms of goals (2016/17).

Ciro Immobile has scored six goals in five games against Cagliari in the Italian top-flight – against no other side has he netted more.

Immobile has scored 14 goals on the road in Serie A this season; no player in the top five European leagues has scored more.