CELTA VIGO VS MALAGA SURE PREDICTIONS FROM PREVIEW 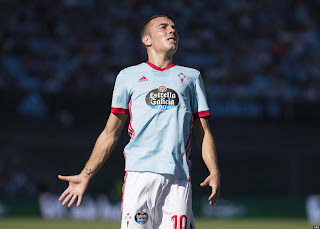 *The last 6 meetings have all been won by the side playing at home. Celta have won the last 3 at Balaidos.*

Malaga have won 5 of their last 10 matches overall, which is a reasonable return and they’ve been good at home of late. They’ve only lost 1 of their last 10 in front of their own fans and they have avoided defeat against both Barcelona and Real Madrid during that period.

Celta have netted twice or more in all of their last 5 home games with the dynamic pairing of Maxi Gomez and Iago Aspas prolific up front. Gomez has been one of the most impressive new introductions to La Liga. The Uruguayan averages a goal every 180 minutes, which is very good going for a 21 year old in a mid-table team.

Despite being rock bottom by quite some distance, there are four teams with worse defensive records than Malaga and a huge 79% of their away games have seen under 2.5 goals scored in total. All of their last 15 league matches have produced under 3.5 goals

Celta are unbeaten in their last five league games in Vigo (W3 D2), scoring at least two goals in each of them. It is their best such unbeaten run since May 2016 (nine).

Málaga have lost seven La Liga games in a row for the first time in their history.