FENERBAHCE VS GALATASARAY SURE PREDICTIONS FROM PREVIEW 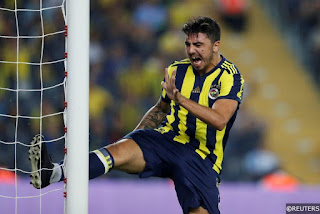 Galatasaray may lead the way in the Super Lig, but can they claim a first victory away to Fenerbahce in the 21st century? The visitors last won here back in 1999, which is quite a long wait for the Istanbul giants.

Overall, Fenerbahce have been pretty solid at home. They’ve had brief struggles, but they’ve remained a threat at their own ground throughout the campaign. On top of that, they are going up against a Galatasaray outfit who are in awful form on the road, particularly when they come up against a half-decent side. Four of their five away wins have come against teams in the bottom half, as has their only away draw. The leaders have lost six of their seven trips to sides placed 11th or higher.

All but one of Feberbache’s last 12 home games have seen over 2.5 goals scored.

The visitors have seen at least three goals in their last eight trips in the league.

The hosts have seen both teams score in 83% of their home matches this term.

Galatasaray have won just one of their last six meetings between these two teams.