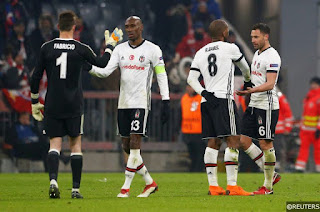 *In all but two of their home league games, Besiktas have scored at least two goals.*

Besiktas continued their impressive home record with that win against Fener, they’re now unbeaten in 18 matches. The visitors will be out to end that run, and their record away to their Istanbul rivals isn’t that bad. With two wins and two draws from their last six visits, while they’ve found the net in their previous seven games at the Black Eagles.

Fener are in great scoring form in the league, averaging 1.96 goals per game this term. They’re heading here looking to make up for an exit at this stage of the cup last season, as they went out to Istanbul Basaksehir.

Since that exit, Fener have won their last six in the cup to get this far, while they’ve hit 39 goals across their last 14 in this competition. However, that record is going up against a Besiktas side who are in great form at home this term, with the hosts scoring at least twice in their previous 10 outings at the Vodafone Arena. We expect them to add another couple this week, as they push for a place in the cup final.

Besiktas have seen over 2.5 goals in 64% of their league matches at home.

In all but two of their home league games, Besiktas have scored at least two goals.