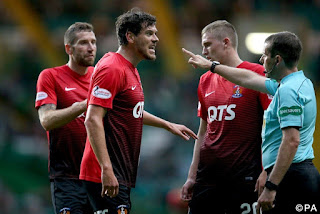 *Given that both teams have scored in their last five meetings, we’re backing BTTS in this clash*

Kilmarnock have jumped in to the top six after some great form. Appointing Steve Clarke was a smart move, and they’ve turned in to a top half side after he was brought in to take them away from danger. With some excellent results behind them, the visitors may be eyeing up a run to the cup final, based on their current form. Could they kick on and secure a place at Hampden?

Killie should be confident of finding the net, having scored in their 15 matches. They come in to this game looking good on the road, averaging 1.15 goals per game. With Aberdeen losing their last two, the Dons have some issues taking on top sides, and Killie are establishing themselves as one of the form teams in the top flight. However. the hosts have scored 1.57 goals per game at Pittodrie this term, so we expect goals here. Given that both teams have scored in their last five meetings, we’re backing BTTS in this clash.

However, we’re also going for Killie to pull off a result on Saturday. The visitors have lost just one of their last 12 on the road, while they’re picking up steam in the cup. With Aberdeen suffering a couple of defeats lately, this game could be the perfect chance for Clarke’s men to cause an upset.

Killie have found the net in four straight visits to Aberdeen.

The visitors have drawn over half of their matches on the road in the league.

Killie have drawn 1-1 in 38% of their away Premiership games this season.

The away side have also seen exactly two goals scored in over half of their away league games.