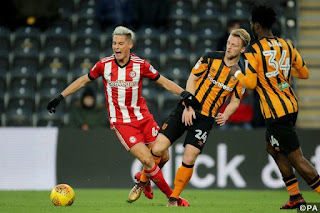 *Burton are without a win in 13 home matches, losing 11 of them and their only points in that period came via 0-0 draws.*

*The visitors have enough creativity to unlock the door and force enough openings to win this match.*

Burton have taken just 0.53 points per game at the Pirelli this term, by far the worst home record in the division. They are without a win in 13 home matches, losing 11 of them and their only points in that period came via 0-0 draws. Up against a strong Brentford attack, it’s hard to see them keeping another clean sheet here though and the Brewers have conceded 2 goals per game at home this term.

They have problems at both ends of the pitch with the division’s second worst goalscoring record and second worst defensive record. Up against a Brentford side that has been scoring plenty of goals, it’s hard to look past the visitors here and they are capable of working up a clear winning margin.

The Bees have been doing a good job of confidently dispatching the struggling sides of late. Their last three matches against bottom six opposition have seen them notch up 2-0  wins over Bolton and Sunderland and also hammer Birmingham 5-0 at Griffin Park. That bodes well here and even if Burton opt for a defensive approach, the visitors have enough creativity to unlock the door and force enough openings to win this match.

Brentford have taken 7 points from the 3 Championship meetings. They’d never previously met in a league match before last season.

Brentford’s last 6 away games have seen them alternate between wins and defeats and they are due a victory if that trend is to continue here following a 1-0 loss at Leeds last time out.

Burton have taken just 5 points from their last 8 league games, the worst record in the division.