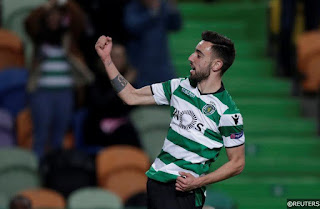 *The hosts are unbeaten in 16 home games in all competitions, since their narrow loss to Barcelona.*

*Plzen have won one and lost six of their previous 11 away trips in this competition.*

Sporting have impressed in Europe this season, as they pushed Juventus for a place in the last 16 of the Champions League. They were also a challenge for Barcelona at this ground, while they hit three goals home and away to Olympiakos to easily wrap up third.

Their high scoring nature in Europe is likely to lead to an entertaining first leg here, especially after sharing 10 goals with Astana in the last round. After those two high scoring legs, Sporting have now seen over 2.5 goals in seven of their last eight matches in this competition.

Sporting should live up to their favourites tag, having won 11 of their last 12 home matches.

There have been no recent meetings between these two sides in Europe.

Sporting have hit three goals in both of their Europa League outings this season.

The hosts are unbeaten in 16 home games in all competitions, since their narrow loss to Barcelona.