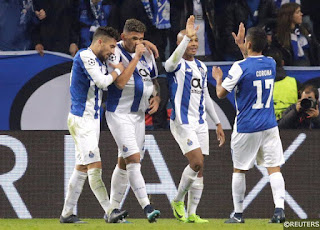 *Porto have won four of their last six at home to Sporting.*

There are huge stakes going in to this game, so the visitors will be worried by the fact that they’ve got a poor record in this fixture over the years.

Porto have won nine of their last 11 meetings with Sporting at home, and we’re going for another win for the leaders this weekend. The hosts are in brilliant form in the league, and it’s hard to see anyone stopping them from sealing the title. The Dragons have won 10 of their last 11 matches in the league, and they’re in a strong position to add to that,given their record at home to the Lions.

With 21 wins from their last 24 home league games, we can’t see Porto slipping up in this clash. They are fresh from a victory over Sporting in the Portuguese Cup, and the leaders are showing themselves to be streets ahead of the rest of the division. We think the hosts are great value for the victory, especially with Sporting winning just three of their previous seven away domestic matches.

Porto have won four of their last six at home to Sporting.

Porto have kept a clean sheet in 58% of their Primeira Liga matches.

Sporting have claimed 59% of their points at home this season.

Porto have been winning at the end of each half in seven of their last nine at home in the league.