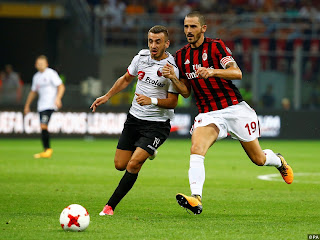 *AC Milan have only lost once in their last five derbies against Inter in all competitions (W2 D2), finding the net in each of these games.*

Gennaro Gattuso has managed to fix Milan’s form, guiding them in to the Coppa Italia final in midweek. They’re now 13 games unbeaten ahead of this huge match, while they should be worrying Arsenal ahead of their Europa League encounter next week. The hosts are unbeaten in six matches at the San Siro, winning seven of their last nine at this ground. On top of that, they edged out Inter in the quarter-finals of the cup here in December, so they should be well placed to claim the points this weekend.

AC Milan have only lost once in their last five derbies against Inter in all competitions (W2 D2), finding the net in each of these games.

AC Milan are unbeaten in their last eight league games (W6 D2), winning three games in a row without conceding a goal.

Six of Inter’s last 10 last goals in Serie A have been scored from set pieces – In fact, the Nerazzurri have scored 16 goals from set-pieces this season, only three other teams have managed more.

Both sides have conceded the fewest number of goals from set pieces in Serie A this season (four for Inter, six for Milan).

Giacomo Bonaventura has scored four goals against Inter in Serie A, against no other side has he bagged more in the competition.