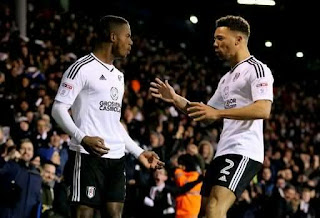 *Fulham by contrast have won eight straight home games in the league heading into this.*

These two sides served up the game of the season so far in the Championship when they met earlier this term. Fulham ran out 5-4 winners at Bramall Lane in a game that really helped spark their season into life while it marked the start of a poor run for Sheffield United which saw them go 6 league games without a win.

Fulham who head into this game as the far more likely promotion contenders. They’ve been the best team in this division since the turn of the year and it’s impossible not to take note of some of their recent results.

All of their last four matches have been against sides currently with them in the top six yet they’ve collected an outstanding 10 points over that period. They’ve won 80% of their league games in 2018 and have dropped just 4 points from a possible 30 so far this calendar year. No side can match that and they look nailed on for the play-offs now and on current form could yet be strong contenders for automatic promotion.

The Blades have lost 47% of their away league matches this season too which is high for a side with top six hopes. Fulham by contrast have won eight straight home games in the league heading into this.

Fulham have won all of their last three home league games 2-0.

They’ve scored 16 goals since they last conceded at home in the Championship.

Sheffield United have lost 3 of their last 4 away games to nil.