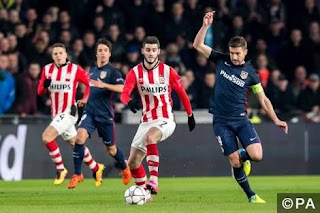 *AZ are unbeaten in their last ten matches, seven of which have ended in victory*

Heading into Saturday’s second meeting between the two clubs this season, it’s the visitors AZ who claim the title of form favourites after they picked up four wins and two draws from their last six matches. Excelsior have been in decent form themselves with two wins, two draws, and two defeats during that same period, but their last three home games have failed to produce a single victory. AZ head into the game with a great record against their hosts, losing just one of their last nine encounters with Excelsior. We believe that their is a decent chance of goals being scored by both teams tomorrow as three of Excelsior’s last six matches have seen both sides score, while four of AZ’s games during that period have ended the same way.

We’re confident that AZ will continue their fine form with a victory that will see both sides score. Five of the last seven encounters between the two clubs have produced goals for both sides and with the form behind them we can only see one winner on Saturday

These two clubs have played one another forty-one times over the years, and with 22 wins, 12 draws, and just 7 defeats, it's AZ who hold a convincing lead in the head to head record.

AZ are unbeaten in their last ten matches, seven of which have ended in victory

- AWAY WIN OR DRAW
WON
- OVER 1.5 MATCH GOALS
WON
- AWAY WIN
WON
*SEE MORE AT*
www.sportswinaffair.blogspot.com