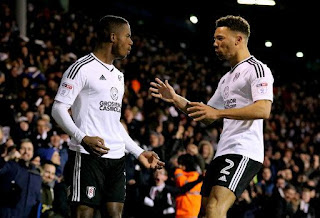 *6 of Fulham’s last 7 away games have seen both teams score.*

Alex Neil’s men saw off Bristol City 2-1 on Tuesday and have had an excellent week having also won at Bolton last Saturday. They are generally viewed as quite a cautious side but the stats don’t fully back that up.

56% of their league games this season have seen both teams score and they have plenty of players capable of chipping in with a goal.

They will fancy they can cause Fulham a few problems here but the Londoners have been very good going forward of late and it’s hard to see them not netting at some point in this game. Fulham are unbeaten in 14 league outings, scoring at least once in all of them and they are now the division’s joint top scorers with an average of 1.72 goals per game.

A huge 72% of their away fixtures in the Championship this term have seen both teams score and a clean sheet ratio of just 17% on their travels suggests they could be vulnerable to a Preston attack that has notched a fair few goals themselves lately.

Fulham are unbeaten in 6 games against Preston. They’ve won 3 of the 5 meetings since these sides returned to the Championship.

Preston’s joint most common home scoreline in the league this season is a 1-1 draw (22%).

6 of Fulham’s last 7 away games have seen both teams score.