JUVENTUS VS UDINESE SURE PREDICTIONS FROM PREVIEW 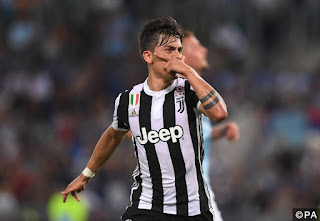 *Juventus have won nine of their last 12 Serie A meetings against Udinese, keeping six clean sheets in the process.*

Juve are on course for the treble as things stand, having progressed in Europe and in the Coppa Italia this month. While they face a battle in the title race, that could keep them sharp for the latter stages of the Champions League, which is something they’ve missed in their recent seasons when they lost in the final. Of course, the downside of that situation means that once routine games for Juve are now must win, and they certainly can’t afford to slip up against Udinese this weekend.

Juventus have won nine of their last 12 Serie A meetings against Udinese, keeping six clean sheets in the process.

Before the home defeat against Lazio this season, the last Juventus’ league loss at the Allianz Stadium was back in August 2015 against Udinese (0-1).

Juventus have scored the most goals in the opening 30 minutes of play (21) in Serie A this season – Udinese, however have conceded 16 in the same period, with only SPAL (18) conceding more.

No team has scored more than Juventus (18) from set-pieces in Serie A this season. However, Udinese have scored the most goals from the penalty spot (seven, level with Lazio).

Paulo Dybala has had a hand in 11 league goals against Udinese, more than against any other side (five goals, six assists)

Sami Khedira’s only ever league hat-trick came against Udinese in the reverse fixture.