LIVERPOOL VS WATFORD SURE PREDICTIONS FROM PREVIEW 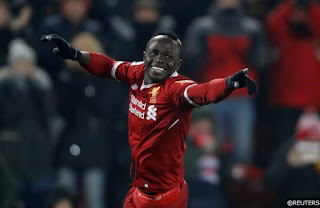 *Liverpool are unbeaten in 17 Premier League home games (W10 D7), scoring at least twice in each of the last six.*

Jurgen Klopp’s men will be confident of getting a result on Saturday, because they come up against a Watford side who are struggling on the road at the moment. The Hornets lost 3-0 at Arsenal last time out, and whilst their overall record of three wins, two draws, and four defeats from their last nine competitive games doesn’t seem too bad, most of their success have come at Vicarage Road.

Away from home they haven’t won a competitive game since November, losing eight of their nine trips away in all competitions since then. This has pushed them to 10th in the Premier League table, although their early season good form isn’t keeping them fairly comfortably clear of the relegation battle.

Liverpool have won nine of their 10 top-flight home games against Watford, losing only in August 1999 on what was the Hornets’ first visit in the Premier League (0-1).

There has never been a goalless draw between these sides in the top-flight, with the 21 previous meetings producing a total of 72 goals (3.4 per game).

Liverpool are unbeaten in 17 Premier League home games (W10 D7), scoring at least twice in each of the last six.

Watford are winless in their last eight Premier League away games (D1 L7), scoring just twice in that run and failing to find the net in each of the last four.

The Hornets have lost 16 of their 17 Premier League away games against sides starting that day in the top four of the table, winning only against Arsenal in January 2017.

Liverpool have won five, drawn one, and lost one of their last seven meetings with Watford, keeping a clean sheet in four of these five victories.