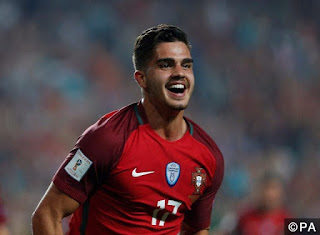 Portugal have won four and drawn three of their last seven meetings with Netherlands, with their only previous defeat coming in 1991.

Netherlands won’t be joining their opponents in Russia come June. The Dutch failed to qualify yet again, and that has heralded in a time of change. Arjen Robben and Wesley Sneijder have both retired, and new boss Ronald Koeman has named a largely inexperienced squad for this set of friendlies. Ryan Babel is the most experienced player in there with 47 caps, and 15 of the squad have fewer than ten appearances to their name.

This didn’t seem to help them a great deal on Friday, when they lost 1-0 at home to England to put an end to their five match winning streak. That winning streak did come against largely inferior opponents though, and their frailties have been found out when facing the top opposition.

Portugal have won 82% of their last 11 matches.

Netherlands have beaten Portugal in just 8% of their previous meetings, losing 58% of them.

- TO ASSIST OR SCORE
RONALDO
SILVA
*SEE MORE AT*
www.sportswinaffair.blogspot.com