SURE PREDICTIONS FROM PREVIEW 3 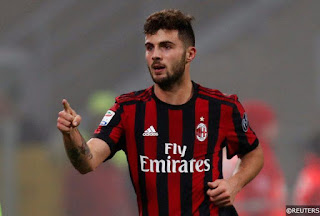 The Rossoneri are 12 games without defeat across Serie A and the Coppa Italia, and a lot of that is down to some strong form at the back, which should see them shut down the low scoring visitors this weekend.

The Gialloblu have lost nine of their last 11 matches, and they’ve seen less than four goals scored in eight of their previous nine. That’s largely down to the fact that the visitors have scored just 0.57 goals per game on the road, failing to score in 57% of their trips so far.

AC Milan are unbeaten on home soil against Chievo in Serie A, winning 13 and drawing two of their 15 meetings at the San Siro.

Chievo have lost nine of their last 11 league games (W1 D1), failing to score in seven of those matches.

AC Milan are unbeaten in their last 22 games against Chievo in Serie A (W19 D3).