ZENITH VS LEIPZIG SURE PREDICTIONS FROM PREVIEW 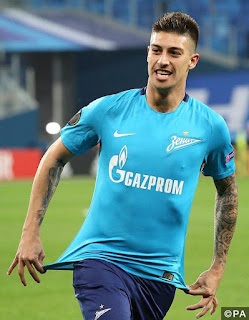 *Zenit have seen at least three goals in 100% of their Europa League home games this season.*

Zenit may be in a downturn in form at the moment, but their home form is formidable to say the least. They have won 11 of their 16 competitive games there and lost just three times, and this includes a win in every single one of their Europa League games in Russia since the start of the group stages..

They have beaten Real Sociedad, Roseborg, Vardar, and Celtic in Saint Petersburg, scoring a total of 11 goals in these matches as well. Meanwhile, RB Leipzig have conceded seven goals in their four European away days so far.

RB Leipzig have only won three of their last 11 away matches in all competitions as well, losing five times and conceding 18 goals in the process. They do have a good scoring record themselves though, which means that seven of these 11 games have seen at least three goals scored.

Zenit have conceded in all but one of their home Europa League games this season too, seeing at least three goals in all of them.

Zenit have seen at least three goals in 100% of their Europa League home games this season.

64% of RB Leipzig’s last 11 away matches in all competitions have seen three or more goals scored.