GENCLERBIRLIGI VS GALATASARAY - SURE PREDICTIONS FROM PREVIEW 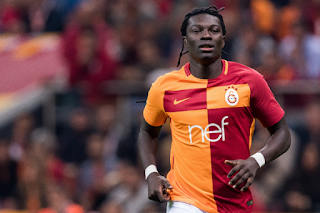 *The visitors have seen over 2.5 goals land in seven of their last eight matches.*

*Galatasaray have won the last three meetings between these two.*

Having won five of the last six meetings between the two teams, it’s hard to see Gala letting up in this one, especially as they travel to a side who have one of the league’s worst home records.

Gala have already won away to three of the bottom four, and they should add to that this weekend. They come here in great form going forward, having averaged 2.33 goals per game in the Super Lig this season. With the hosts conceding 43 times to date this term, we can see the visitors having plenty of joy going forward. After all, they’ve made a player out of Bafetimbi Gomis, and he’s struck 14 goals in his last nine matches for the club, having racked up 26 goals in 25 starts in the league this term.

We see Gala impressing up front, but the concern for them is that they’ve conceded in 77% of their away trips this season. They’ve had some issues at the back on their travels, and 69% of their goals against this term have come on the road.

The visitors have seen over 2.5 goals land in seven of their last eight matches.

Genclerbirligi have lost by a single goal in 60% of their home defeats.

Gala have seen exactly three goals scored in 46% of their away trips this term.

Galatasaray have won the last three meetings between these two.

- AWAY WIN OR DRAW