LEIPZIG VS MARSEILLE - SURE PREDICTIONS FROM PREVIEW 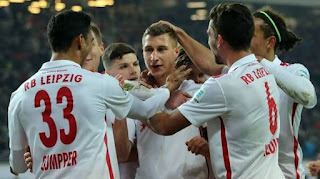 *RB Leipzig have conceded in 90% of their last ten home games in all competitions, scoring in 90% as well.*

Marseille have had a couple of impressive Europa League results to their name. The Ligue 1 side have beaten Braga 3-1 and Athletic Bilbao 5-2 on aggregate so far, after finishing 2nd in their group at the end of 2017.

Their domestic form has improved recently too. They beat Dijon 3-1 on Saturday to make it four wins from their last five games, but defensively they do have some real issues that could do with being solved. They haven’t kept a clean sheet in any competition since the middle of February, conceding 15 goals in their nine outings since.

RB Leipzig have a similar record, with a clean sheet in just one of their last ten competitive games and in one of their last ten at home as well. Of course, they have scored in nine of these ten games, and given Marseille’s defensive record you would expect them to find the net on Thursday

RB Leipzig have conceded in 90% of their last ten home games in all competitions, scoring in 90% as well.

Marseille have failed to keep a clean sheet in each of their last seven away matches.

This will be the first meeting between these sides.