MILLWALL VS BRISTOL - SURE PREDICTIONS FROM PREVIEW 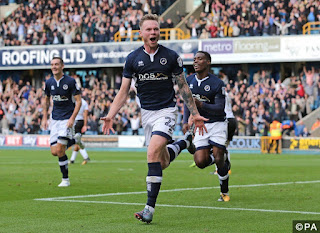 *Millwall have won 7 of their last 9 and are now unbeaten in 14 Championship matches overall.*

At this stage in the season momentum is key and you have to say it is all with Millwall heading into this fixture. Bristol City were outstanding in the first half of the campaign but their form has really tailed off since. It would be an exaggeration to say it has been a total collapse from them but they were in a position where at the very least they should have been capable of securing a crack at the play-offs.

Since Boxing Day they’ve won just 3 of their 19 competitive matches and their away form in particular has been really poor over the past few months. They are now without a win in 11 games on the road since a 2-1 win at Bramall Lane way back in early December.

That doesn’t bode well as they make the trip to the Den, which has quickly established itself as one of the toughest places to go in the Championship. Only four sides have picked up more home points than Millwall this term with the Lions having won 50% of their home fixtures since winning promotion to the Second tier.

They’ve been pretty good wherever they’ve played of late though. Millwall have won 7 of their last 9 and are now unbeaten in 14 Championship matches overall. Only Fulham and Cardiff have really been able to match their recent form and they will certainly be much the more confident team heading into this.

Millwall have taken 20 points from their last 8 league games. Only Cardiff can better that.

Bristol City have taken just 5 points from their last 9 away league games.

The last 6 meetings have produced 2 Bristol City wins, 1 for Millwall and 3 draws. The first meeting in over four years earlier this season ended 0-0.