ROMA VS FIORENTINA - SURE PREDICTIONS FROM PREVIEW 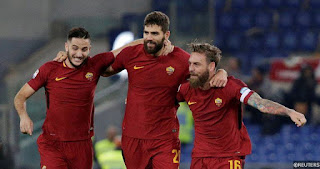 *fiorentina only once won more than five straight Serie A matches, and that hasn’t occurred in almost 60 years.*

While Fiorentina are level on points with the top seven, history isn’t going in their favour this weekend. They’ve only once won more than five straight Serie A matches, and that hasn’t occurred in almost 60 years. The visitors last went five matches without defeat on the road in the league back in 2014, and Roma are plotting to bring that streak of form to an end with a victory this weekend. Given that la Viola are yet to win against any side in the top nine this term, this clash could be too big for their unbeaten run to continue.

Another issue for the visitors is their awful record against the Giallorossi. Roma have scored four goals in three of their last four Serie A meetings against Fiorentina (W3 D1). On top of that, it’s quite some time since la Viola were able to produce a strong display against the Giallorossi in the capital, as Roma have won their last five home games against Fiorentina in Serie A, scoring at least two goals in each match. Having claimed a victory in 10 of their last 11 league encounters at this ground, we think the hosts are deserved favourites going in to this clash.

Nine of Roma’s last 10 goals in all competitions have arrived in the second half.

Fiorentina have conceded only 23 shots on target in their last eight Serie A games, as many as in the previous four.

Edin Dzeko has scored five goals in his last five appearances in all competitions, one more than in his previous 24 combined.

Roma won 4-2 away to Fiorentina in the reverse fixture this season.

- TO ASSIST OR SCORE
EDEN DZEKO