WOLVERHAMPTON VS HULL CITY - SURE PREDICTIONS FROM PREVIEW 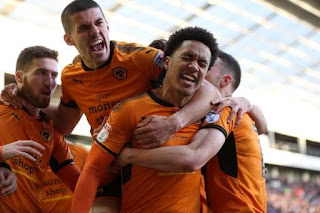 *The Tigers have the division’s third worst defensive record with 1.51 goals per game conceded.*

It’s very hard to see Hull getting anything here. It’s starting to feel like a question of when and not if Wolves clinch promotion and they have more than enough firepower to win this game with a bit of a cushion. They are the Championship top scorers with 1.82 goals per game this term while they’ve averaged 2.16 goals per game in front of their own fans.

The Tigers have the division’s third worst defensive record with 1.51 goals per game conceded. They’ve tightened up a little under Nigel Adkins but they don’t convince enough to suggest they will be able to handle Wolves’ lively attacking unit. Hull also have the 3rd worst away record in the division with just 0.74 points per game on the road so this game feels like it’s only going to end one way.

Hull have lost 58% of their away league games this season.

56% of their matches have produced over 2.5 goals.

The last 6 meetings have produced 2 wins each and 2 draws. Wolves have won 3 of the last 6 at Molineux, losing just once.