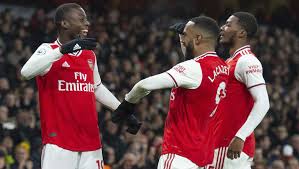 four of the last seven competitive H2Hs have each produced exactly five total goals. Four of the last five games in that sequence were FA Cup ties, with Arsenal winning three, and two of that trio seeing the ‘Gunners’ win both halves after a first half won 2-1.

Since surprisingly holding Arsenal to a 1-1 FA Cup draw in London back in January 2011, Leeds have lost ‘to-nil’ in each of their last four FA Cup trips to (then) Premier League grounds (GF 0, GA 7), specifically losing 1-0 on three occasions.

Arsenal are unbeaten in their last three FA Cup home ties vs (then) Championship opposition (W2, D1), scoring exactly twice in both wins, with 75% of their goals across the wins arriving in the opening half-hour.