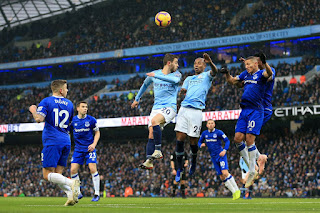 Everton, are on a five-game unbeaten league run (W3, D2)

one trend still needs to be broken: their five defeats following a half-time draw is the PL’s joint-highest.

Both teams have scored in four straight competitive H2Hs played in Manchester.