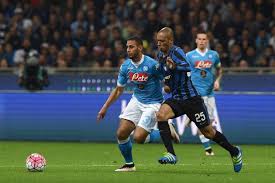 Napoli have won just one of their last nine Serie A (SA) matches (W1, D5, L3) and find themselves in their worst position after 17 rounds in SA since 2010.

While Inter have scored only two goals in the last six competitive H2Hs, they haven’t lost for ten SA games in a row (W7, D3), entering the new decade in joint-top spot. The ‘Nerazzurri’ are SA’s best road team (W7, D1), netting at least once in all those eight matches.

The visitors have also scored first in seven of their eight SA away matches, consequently leading at the break in six (75%).