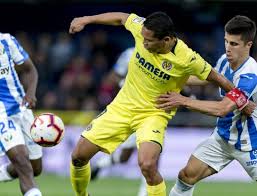 the opener has been scored within 25 minutes in six of their last seven home league games.

‘Yellow Submarine’ are one of just two LL sides yet to register an away draw this campaign (W3, L6).

this game could be a tight clash, especially as all but two of Villarreal’s last 14 league away fixtures (excluding draws) have been settled by a one-goal margin. That has also been the case in four of their last five LL away victories at the Reale Arena.

Each of the last five LL H2Hs held here have seen at least one side fail to score.