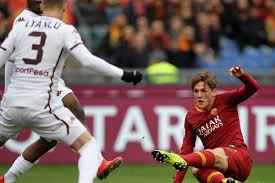 The host have won five of their last seven competitive matches (drawing the other two), while netting at least three goals in all of those five wins. In Serie A (SA) only.

There have been over 2.5 goals scored in ten (58.82%) of Roma’s 17 SA matches, and in seven of their last eight - including their previous four at home.

Roma have scored five of their last six SA goals at home in the 25 minutes after the break.

Torino have conceded five of their last seven away league goals against after the break.

There have been over 2.5 goals scored in ten of the last 11 competitive H2Hs here.