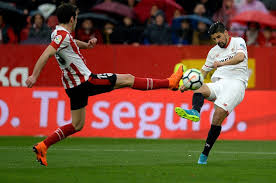 Sevilla’s LL home fixtures have averaged just 0.50 total first-half goals this term, in comparison to 1.63 in the second half.

if they lose here, it will likely be ‘to-nil’ as Bilbao have failed to score in seven of their last eight away league losses.

the visitors have also lost ‘to-nil’ in each of the last five top-flight H2Hs held here, with four of those producing a 2-0 scoreline.

Six of the last seven competitive H2Hs (all venues) have featured only one side scoring and under 2.5 goals.