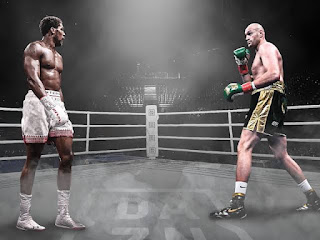 Tyson Fury has promised to beat Anthony Joshua inside six rounds of the mega-fight that "has to happen".

Joshua will first defend his IBF, WBA and WBO belts against Oleksandr Usyk on September 25, live on Sky Sports Box Office, before Fury's WBC title is on the line against Deontay Wilder on October 9.