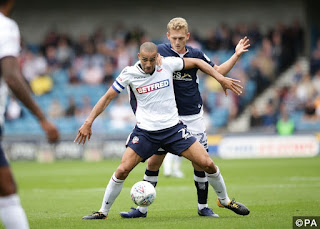 *Sunderland have lost 56% of their away games under Chris Coleman.*

Bolton would go 7 points above Sunderland if they can win this, which is a huge incentive for them and it’s the kind of margin that the Black Cats would struggle to make up,However, as much as they need a result, it’s difficult to fancy Sunderland here with Bolton going very well at home of late. The Lancashire club have only lost 1 of their last 11 home league games. There are plenty of sides higher up the division who would give anything for that kind of record and the Macron has suddenly become a real fortress for Bolton, who could barely buy a win or even a point at home earlier in the campaign.

It’s not even as though Bolton had a really kind run of fixtures. Their last five home games have seen them host big shots like Fulham, Bristol City and Cardiff, majorly all teams currently in the top six. Bolton took 7 points from those matches and only conceded once, so that must give them a huge amount of confidence heading into this one.

In truth Coleman has failed to solve any of Sunderland’s most fundamental problems and his side have lost 6 of their 8 competitive matches so far in 2018.

Given that and given Bolton’s strong record of late at the Macron, the smart bet here looks to be going for a Home DRAW NO BET, which would be a massive boost to Bolton’s survival hopes and another nail in Sunderland’s coffin.

Since the end of September, Bolton average 2 points per game at home in the Championship.

Sunderland have lost 56% of their away games under Chris Coleman.