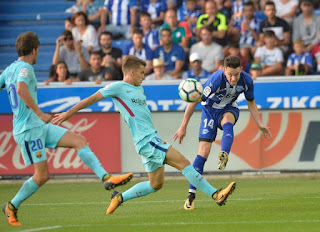 *Alaves have lost none of the five meetings this century. They won 2-0 when the sides met in Valencia earlier this season.*

*Levante have won just once away this season in the league and also have the joint fewest total wins (3).*

Since Abelardo took charge for the Basque side, Alaves have been getting results more befitting of a side chasing a Champions League position and they come into this round of fixtures 8 points above Levante in 17th and 9 points above the drop-zone.

Levante have done the exact opposite to Alaves. They made a solid start to the campaign but have been in freefall since, with a 2-0 defeat to Real Betis on Monday the latest setback. It’s now just 1 win in 20 league games for the Valencia club and given that, it’s a minor miracle that they are still outside the drop-zone heading into this round of fixtures.

There aren’t many tougher places to go in La Liga right now than Mendizorroza. Alaves have won 8 of their last 9 home games in all competitions. Many of those games have been against the sides around them in the division and they’ve consistently been winning these key clashes against other sides at the bottom end of La Liga. Given that and the terrible form Levante are in, backing Alaves to Win looks a cracking bet here.

It’s hard to even see the visitors scoring in truth. Levante have failed to score in 50% of their away league fixtures this term and they’ve the third worst goalscoring record in the division. Given 6 of those recent 8 Alaves home wins were to nil, backing Alaves to Win to Nil looks to offer value too.

Alaves have lost none of the five meetings this century. They won 2-0 when the sides met in Valencia earlier this season.

Alaves have won 38% of their home games to nil in La Liga this term.

Levante have won just once away this season in the league and also have the joint fewest total wins (3).