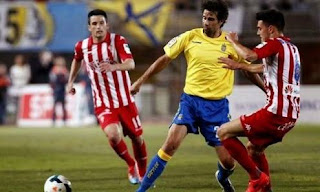 Huesca average an outstanding 2.47 points per home game in a league where teams tend to be very evenly matched. They’ve now gone 25 home games without defeat in the Segunda Division so it’s very hard to bet against them here. 8 of their last 10 have been wins too so they’ve been consistently getting the job done in front of their own fans.

Sporting Gijon may be the bigger club and they may be in much the better overall form heading into this one but they have a shocking away record this season for a side which many expected to bounce straight back into the top flight. Away from Asturias they’ve taken just 0.93 points per game, losing 50% of their road games this term.

Indeed they’ve only won 1 of their last 9 away games and that was against rock bottom Sevilla B. That hardly bodes well as they travel to face the side that has topped this division for most of the season

Huesca’s last 25 home games in the Segunda Division have seen them win 16, draw 9 and lose 0.

Sporting have lost 5 of their last 8 away from home, winning just 1.

The sides drew 1-1 earlier this term in Asturias. They’d not met since the 2012-13 season prior to that when both teams won their home game.