BARCELONA VS ROMA - SURE PREDICTIONS FROM PREVIEW 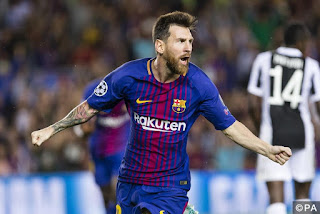 *Barcelona have kept a clean sheet in 85% of their last 11 competitive home games.*

A win here will extend Barcelona unbeaten streak to 18 matches in all competitions, 11 of which have ended in victory. Their record at the Camp Nou is even more impressive, with no defeats since their Spanish Super Cup loss back in August.

Roma aren’t having a bad season either. They sit 3rd in the Serie A table, and although a challenge for the title is beyond them it’s still a good position in an competitive league, and their success in the Champions League is welcome too.

The weekend saw them draw away from home against Bologna, a result that ended their four match winning streak but extended their unbeaten run to five games. Away from home the Italians have only won four of their last 12 competitive matches though, and two of these games have been defeats in the Champions League as well.

Considering Barcelona’s excellent defensive record, along with their devastating attack, a home win among other possible outcomes looks extremely likely.

Barcelona have kept a clean sheet in 85% of their last 11 competitive home games.

The hosts have won to nil in 75% of their home Champions League games this season.

Barcelona have won two, drawn two, and lost one of their five meetings with Roma.