MALAGA VS VILLARREAL - SURE PREDICTIONS FROM PREVIEW 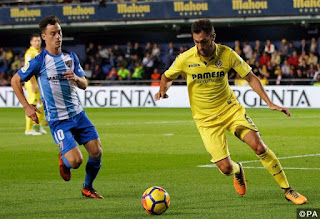 *Malaga have not won any of their last seven league games against Villarreal in La Liga (D2 L5), failing to score in four of the last five.*

The Yellow Submarine were impressive winners over Atletico Madrid prior to the international break to cement themselves in 5th place. Javier Calleja’s side will feel they are now over a major slump in form with their last two league games both producing victories. They are no longer in Europe so there are no cup distractions

Malaga by contrast still look devoid of any serious goal threat. They’ve scored just 2 goals in their last 9 league games and have failed to score in all of their last 4. The Andalusians have the worst goalscoring record in the division by some margin with only 0.55 goals per game scored on average. They’ve failed to net in a woeful 69% of their matches this term and also in 64% of their home games.

They lack both creativity and anyone resembling a clinical striker and Villarreal will fancy they can shut their hosts out in this game. With just a 14% home clean sheet ratio, it’s hard to see Malaga keeping things tight at their own end for 90 minutes.

Villarreal have won 4 of the last 5 meetings. They’ve won on their last two league visits to Malaga.

Malaga have not won any of their last seven league games against Villarreal in La Liga (D2 L5), failing to score in four of the last five.

Villarreal have only failed to score in one of their last 11 La Liga away games (W5 D3 L3), 1-0 at Ipurua in February.

Malaga have only scored three goals from their last 134 shots attempted in La Liga (including blocked shots), but the three goals have come with Jose Gonzalez in charge (79 shots in 10 games).

- HOME WIN TO NIL NO

- AWAY WIN OR DRAW

- NO BOTH TEAMS TO SCORE
PREDICTION WON
*SEE MORE AT*
www.sportswinaffair.blogspot.com